Condensed milk buttercream is my frosting choice when most bakers would probably turn to American buttercream. It comes together in minutes, requires a few pantry ingredients, and is stable for piping and layer cakes. (I rarely use American buttercream, but it does serve its purpose as an indestructible, albeit overly sweet and gritty frosting.)

For the minimal amount of work to make this frosting, the taste and texture of this buttercream are amazing. It pipes intricate designs, accepts gel and oil-based coloring, and frosts very smoothly. For these reasons, it's my go-to frosting when I can't work with Swiss meringue buttercream.

As for the flavor, you'll love this frosting if you enjoy condensed milk. Sweetened condensed milk has a nutty caramel flavor and, paired with the butter, makes a frosting that is super rich and decadent.

I rank all my frostings in terms of difficulty to help you out. This is what I call a Level 2 (out of 5) frosting - you can see my ranking structure here. There are some essential things to get right, like the texture of the butter, but each one has visual cues for this process, and as always, I will point them out for you so you'll get it right on the first try.

What ingredients do you need for Russian buttercream?

Unsalted butter is the main ingredient of this recipe. The butterfat in butter allows us to frost and smooth the frosting onto large layer cakes like a dream, and it also adds that creamy mouthfeel. I typically use unsalted butter in all my frostings so that I can add salt based on taste.

Butter is a magical ingredient for frostings because it pulls everything together into a creamy consistency perfect for smoothing onto cakes. Before I started my journey into the science of baking, I thought that this purely had to do with the temperature of the butter. But that's only half the answer.

When the butter is soft, a protein called casein is more accessible and can bring water and fat-based ingredients into an emulsion. (I'll write more in length about emulsions soon, but they are mixtures of two ingredients that otherwise wouldn't want to mix, e.g., water + oil.)

The moral of the story here is that emulsion-based buttercreams (such as Russian buttercream here) will come together only when the butter is the right consistency/temperature.

You don't need a thermometer for this recipe because the temperature range is not specific but rather a range. Just follow my instructions and visuals; whip it up until it's lighter in color and texture and has the consistency of a firm mayonnaise.

Sweetened condensed milk is a shelf-stable dairy product made by cooking milk and sugar until most of the water has evaporated. The result is a super syrupy, creamy, and thick milk sauce ready to eat or use in cooking.

I suggest checking out this Serious Eats article comparing brands of US condensed milks.

Alternatively, I've seen flavored sweetened condensed milks at my local Asian grocery. I've not tried any of them (yet!), but I'm excited to taste frostings made with ube condensed milk or especially dulce de leche.

Vanilla extract is an optional flavoring for this buttercream. After adding the sweetened condensed milk to your butter, give it a taste. Some bakers enjoy that pure milk flavor, but go ahead and add the vanilla if you like.

Salt is an ingredient that I use in all my buttercreams. Adding salt may sound strange as it is more commonly associated with savory foods.

But I hope one thing you'll learn as you bake with me is that we can add layers of complexity to our desserts. Salt enhances desserts; it complements the sweetness, gives them a more balanced taste, and enhances the milky flavors.

Can you pipe with Condensed Milk Buttercream?

Yes, you can pipe with condensed milk buttercream. I've piped with this buttercream numerous times and have never had any issues with the piping quality. It holds its structure with simple designs as well as complex, intricate designs.

I've noticed many recipes use a higher quantity of condensed milk, which is OK up to a point (I cover that below in the recipe). Still, we must remember that condensed milk is a liquid ingredient. A high liquid ratio to butter can make a runny frosting that is difficult to pipe.

I've perfected my Russian buttercream's condensed milk to butter ratio in my recipe below; it's a balance of taste and stability. So it will pipe and frost a cake beautifully. At the same time, it tastes deliciously sweet and milky without being overly runny or drippy.

Is it stable? How to store Russian buttercream?

Russian buttercream is great for smoothing on the outsides of large layer cakes. Because of the high ratio of butterfat, you can achieve a super smooth frosting layer all over the cake. The butterfat also makes the frosting stable and intact on the outsides of the cake and well as sturdy enough to withstand the pressure from large layers if you use is as filling as I've done in the picture above.

As for how to store a completed cake with this frosting, the USDA states that butter is an ingredient that is safe to store at room temperature for days.

The other main ingredient of this frosting, sweetened condensed milk, is a little tricky. Sweetened condensed milk is made by removing a majority of the water and adding sugars. Less water and more sugar act as a preservative and prevents microbial contamination. This allows the milk to be shelf-stable and why you can buy it in cans.

Personally, for these reasons, I'm comfortable leaving a cake or cupcakes out with this type of frosting within the day of serving. That means if I made frosted cupcakes in the morning, I'm OK with leaving them out if they needed to be served later that afternoon. (Keep in mind that I am a home baker; check your state and country's regulations for proper food handling for sale.)

If anything needs to be stored for more than a day, I usually place it in the fridge.

For large layer cakes, since this buttercream contains a good amount of butter, it will harden in the fridge after an hour or two. After that point, I cover the cake in plastic wrap to keep it for more extended storage.

If you plan on making this frosting ahead of time or storing leftover frosting, you can do so using little deli containers. When you're ready to use it, bring it to room temperature and smooth it out with the paddle attachment for a few minutes before using. Remember - if the frosting looks curdled, it's because the butter is too cold. Keep mixing until it warms up and it will come back together.

This buttercream naturally has a cream color due to the butter and sweetened condensed milk. Sometimes I leave it as is because the cream color is actually quite lovely, but it depends on the look I'm going for.

Sometimes I need a whiter buttercream. In that case, the best way to color correct is by adding purple food coloring. This offsets the orange/yellow tones. Look at the picture below - you'll see that Russian buttercream is naturally cream, or has orange undertones.

To get the whiter buttercream, I use a toothpick and add a tiny amount to the finished buttercream. Let it mix for a couple minutes to fully incorporate, and you'll notice that the buttercream will whiten slightly.

At that point, if you still see orange undertones, you can add another tiny speck. Remember that removing the coloring is difficult if you over color it purple. Speaking from making that mistake plenty of times. Be patient, work with tiny amounts of gel coloring, and let it mix before assessing and adding more.

How to make Russian buttercream

You want your butter to be at a cool room temp but not melted. Add that to the bowl with the whisk attachment.

Whip the butter on high speed for about 5 minutes until it looks like this. This first step is the most important because it aerates the butter and softens it slightly so it is able to emulsify the condensed milk. If your buttercream seems curdled or separated in the steps following this one, it was because you didn't do this step long enough.

Do you see the difference? We're looking for the butter at the top - the whipped butter. It's lighter in color due to the air we forced into the butterfat, which makes it appear less yellow. It has the consistency of a dense yet creamy and spreadable mayonnaise.

Continue with the whisk attachment and add the condensed milk in three parts. If you try to add it all at once, the buttercream will take longer to homogenize (or pull together as one mixture.)

Scrape the bowl between each condensed milk addition to make sure everything is incorporated. Finish mixing in the rest of the condensed milk.

Taste the frosting - it should be buttery and sweet with a slight caramel milk flavor from the condensed milk. If you want it sweeter, you can add a bit more milk. It will probably need salt, so add that here too as well as the optional vanilla.

Since we were using the whisk attachment, there are likely tons of air bubbles in the frosting. Switching over to the paddle attachment will smooth things out a bit. If you want a whiter frosting, add a tiny speck of purple food coloring at this point as well.

Mix the frosting on low speed for 2-3 minutes until silky smooth. It’s now ready to use or store for later.

Here’s a video I’ve made making the buttercream along with a chocolate variation to go with the recipe listed below.

*Take the butter out of the fridge before using it to warm up slightly. You don't want the butter to be super soft, but upon pressing with your finger, it should indent easily like a ripe peach or avocado. This ensures the butter will whip it up to the right texture to emulsify the condensed milk.

**There are many brands of sweetened condensed milk with different flavors and colors. I suggest looking at this article from Serious Eats here if you want to learn about the differences. In my recipe here, I've used the Eagle Brand.

Also, this buttercream has a high capacity for condensed milk, so if it's not sweet enough, you can add a tad more in step 2. Start with just a tablespoon, mix it, and taste again. Just be aware that the more condensed milk you add, the softer the frosting will be. 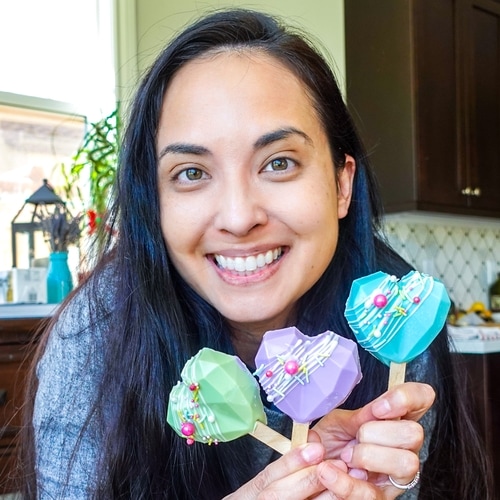 I built this site for the curious home baker. I'm a huge science + tech nerd; you'll feel right at home if you like exploring and experimenting in the kitchen too.

Here you can build cakes with my Cakeculator and find recipes to accompany the videos from YouTube, Tiktok, and Instagram.

I have lots of things to share... I hope you have fun around here! 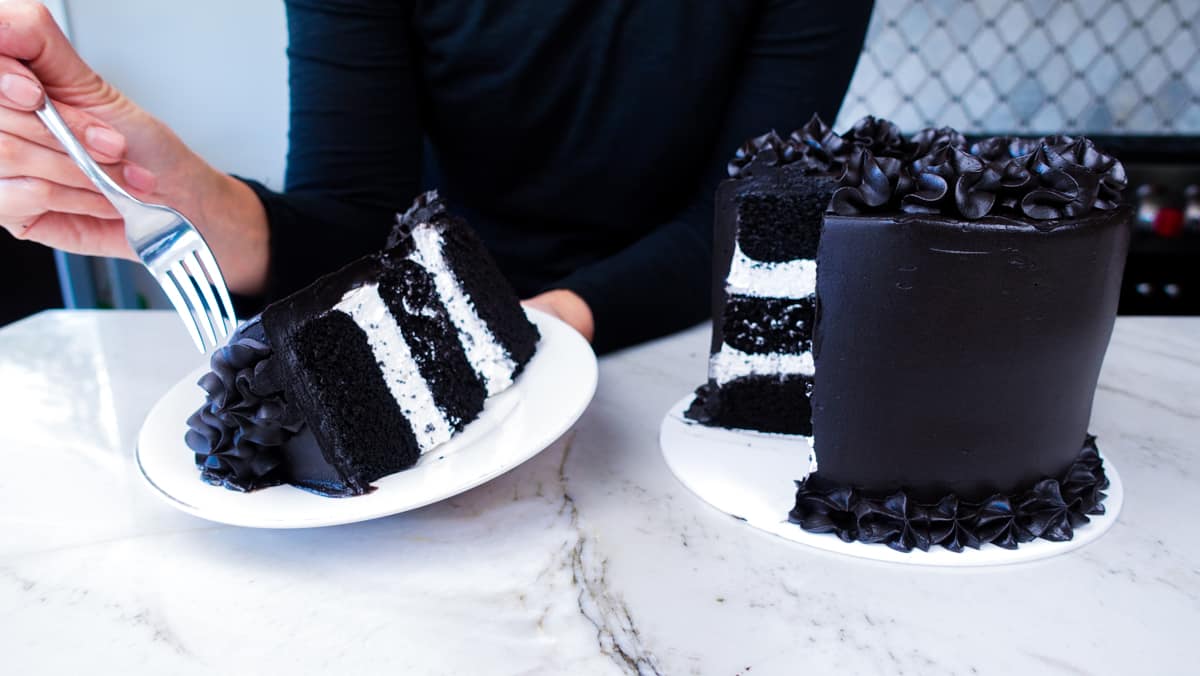 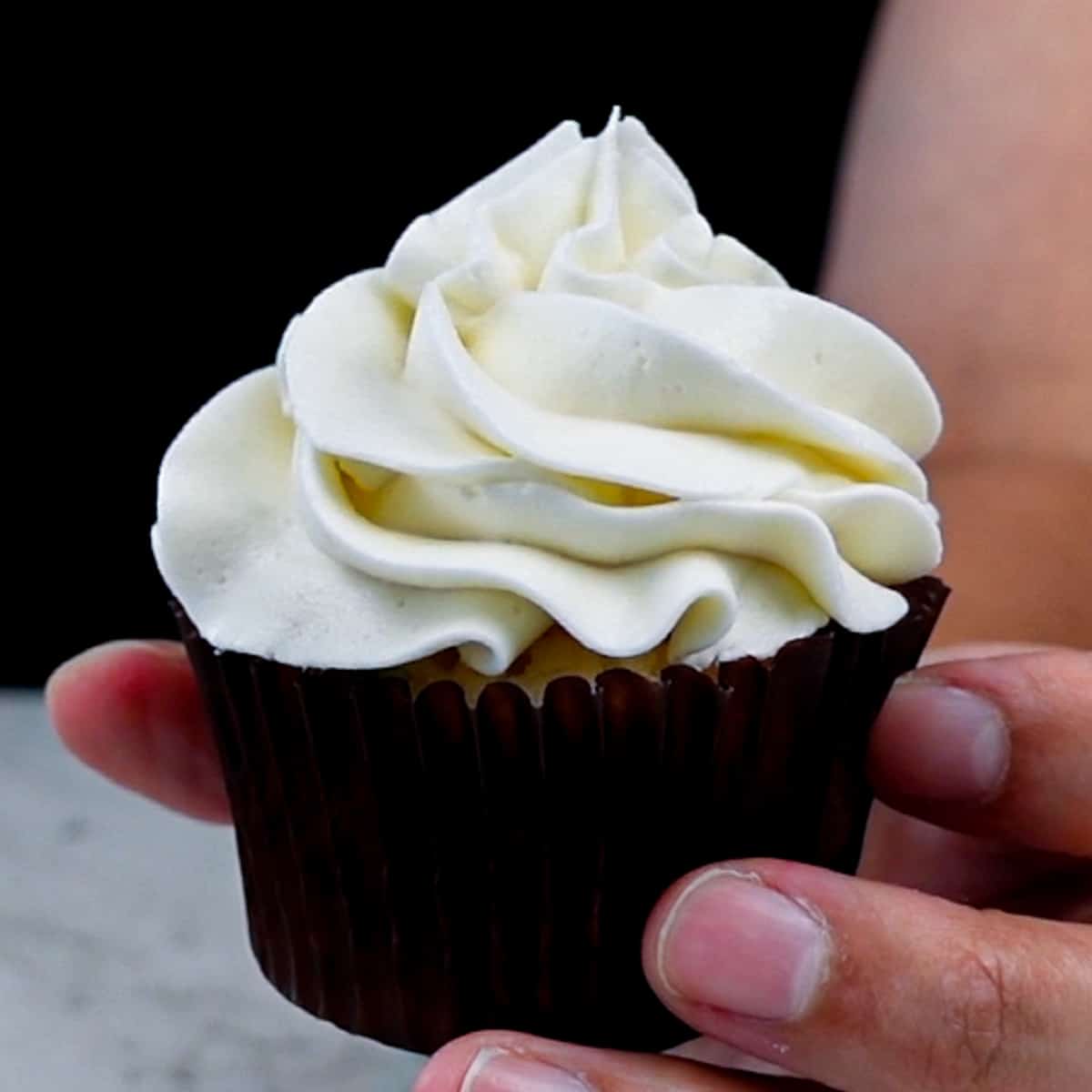 How To Make Ermine Frosting: A Step-by-Step Guide
Frostings 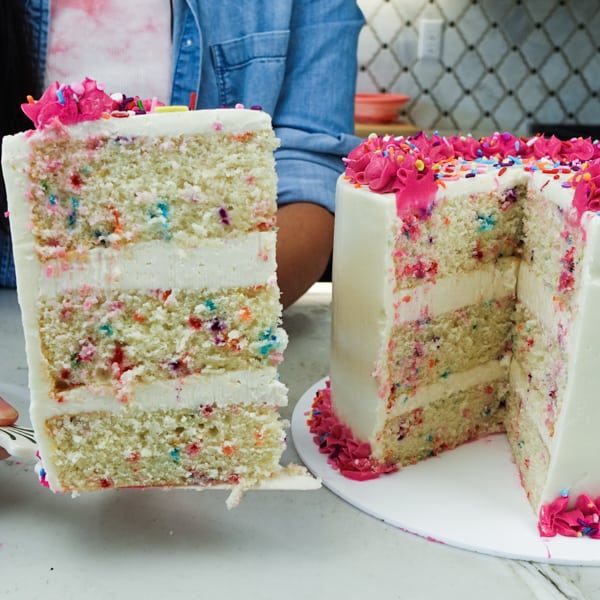 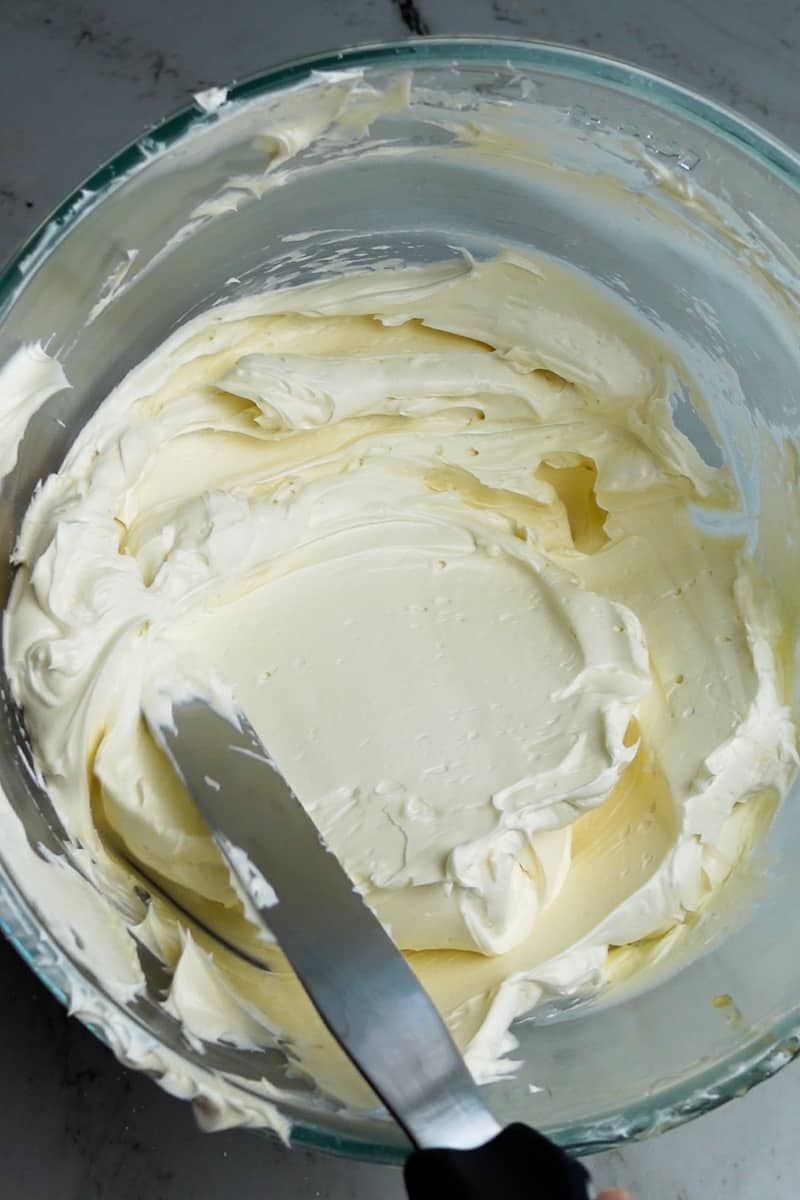